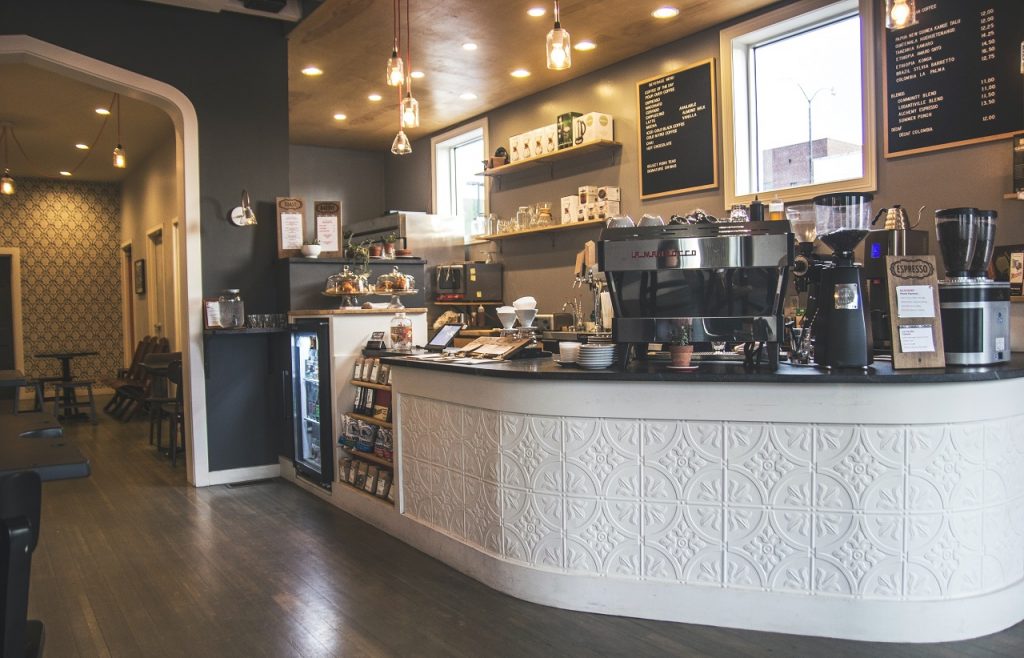 This is a 3 part listening activity with 3 audios and comprehension activities for each one. The accent it British, Marcus has lived in the South, Midlands and North of England so his accent is quite unique! 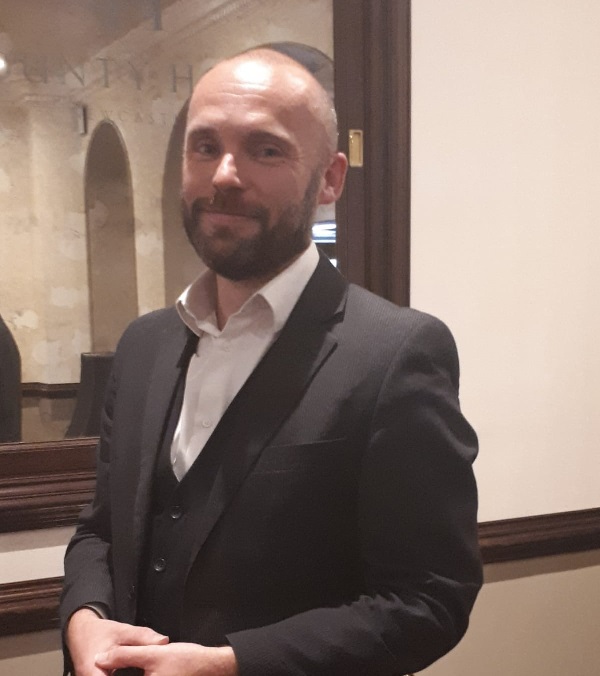 Listen to Marcus answer the following questions :
1) What is your current job title?
2) What does your job entail?
3) What kind of person is best suited to hotel work?

Match the words with their meanings:

1) My name is Marcus, I work as the Deputy General Manager of the County Hotel in Newcastle. My Job entails supporting the general manager in their role of making the hotel financially viable, but mainly about making sure that all the departments are doing their job the best they can to ensure all our guests have the best stay they can in the hotel. This includes working with the reception team to welcome people to the food and beverage teams to make sure that breakfast is fantastic, drinks are beautiful, and dinner is served absolutely amazingly. For this part of the role, people who are best suited to the job are people who like people, who want to talk to people and who enjoy making sure other people have a good time and enjoy themselves. 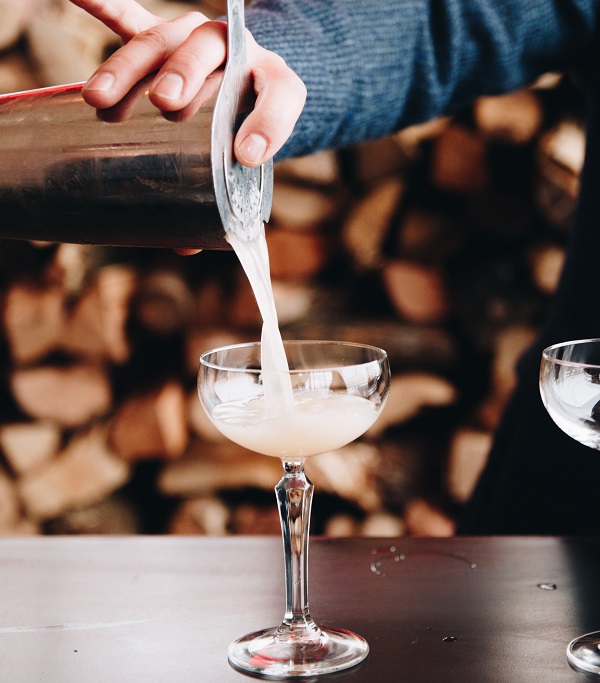 2.
Listen to Marcus answering the following questions:
-How did you get into the industry?
– What are the best and worst aspects of your day to day work?

Answer the following questions:
1) What were Marcus´ duties when he worked weekends at a pub?
2) What did Marcus like so much about his job as a cocktail bartender?
3) What does F&B stand for?
4) A phrasal verb that means ´become available´
5) What is one of the worst parts of his job?
6) What adjective does he use to describe people after a long car journey?
7) What expression does he use to say ´not let somebody´s and mood / rude behaviour affect you´?
8) What expression does he use to say ´get a guest to cheer up and like you´?

I got into this industry purely by accident. I had a part time job in a pub on the weekends, serving drinks to people, collecting glasses and I really enjoyed that job, just chatting away, smiling seeing people having a good time. And then my manager moved to a new place that was opening up and he asked me if I wanted to come over and work there and train as a cocktail bartender.
So I joined that company and I did my training and it opened up this whole new world of hospitality to me, where there was even more people, seeing all kinds of things and having a really, really good time. And at that point I was like ´I just like this, I like making sure people are having fun and if I can get them to say thank you to me for having a really good night, that made the night even better´. So, I just was like ´Ok, I need to do whatever I can to make sure people are having the best time they could´.
From there , I worked bars and then moved onto restaurants, managed a few restaurants and a few years later I was looking for the next challenge and … F and B managers job ( Food and Beverage managers job) came up in a hotel and I thought ´Oh, why not? Let´s try this! `. So I joined that and within about a month I knew that this was me, what I wanted to do cause not only was it working in a bar and working in a restaurant but it opened up all these new things where you saw people from the minute they arrived at the hotel, all the way through their stay and then when they left and you saw them at their best and you saw them at their worst. You saw them when they arrived, bedraggled after a car journey and then you saw them a couple of hours later, looking fantastic and getting ready to go out.
And realising that not only could you make their meal nice, or their drink nice but you could make sure that their whole stay in the city they came to visit, from start to finish was exceptional, was something that just made me go ´Yes! This is what I want to do!´
So the best part of the job are when somebody says ´Thank you! I’ve really enjoyed myself and thank you for being part of that, for making some of that happen´. That´s a feeling that is just brilliant. And the worst part is probably learning how to be very thick skinned. So, because I am seeing people from the minute they arrive, I don´t know what´s happened in the couple of hours previous but if they’ve had a bad time, they walk into the hotel, and they take it out on us. They’ll be rude to staff, they´ll be grumpy because they’ve had a bad journey or they´ve had an argument with their boss or for many, many reasons, but, we have to take the brunt of that and we have to learn to accept it, a little bit and smile and wave it off and then afterwards, actually, turns into the best because then you have to try and win them back over and remind them that we are here doing something for them and we want them to enjoy it. So you have to work really, really hard to win the guest over. So actually, the worst part, become the best part!

ANSWERS:
1) Serving drinks and collecting glasses
2) Helping people to have fun, people saying thank you to him
3) Food and Beverage
4) Open up ( a job , an opportunity , new things )
5) Learning to be thick skinned (thick skinned = being resilient, not allowing people to upset you or make you angry)
6) Grumpy ( bad humoured)
7) Smile and wave it off
8) Win them over 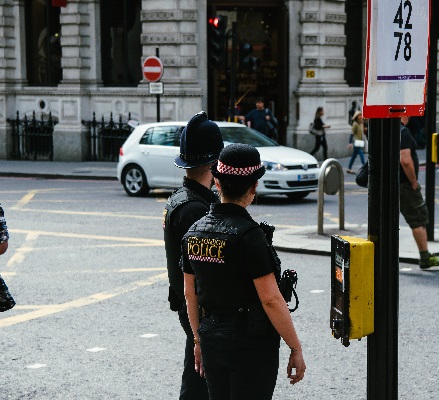 3.
Listen to Marcus talking about the worst and best things that have happened to him at work.

The worst things that happen at work are always to do with people who are generally drunk. I said before that you meet people at their best and you meet people at their worst and unfortunately when people get drunk, they can be very very difficult.
So, I think the worst thing that has happened to me is getting caught up in fights and getting punched in the face. And as the manger of the hotel, it´s normally up to me to report it to the police and make sure that, you know, these people are dealt with. And a funny story, but about two months ago I got a phone call from our local police, and the police asked if everything was OK. And I said ´Yes, of course, why? ´And they said, ´just that we were going through our records and your name has been reported in around 30 incidents in the last five or six years´. And I said ´Really? ‘and said ´Yeah, you’ve reported several fights and several issues of drunken behaviour etc ´and I said ´Yeah!` and they said ´Were you hurt in any of these?´ and I said ´Oh yeah , yeah, yeah, I mean, a little bit but nothing serious, I never went o hospital or anything´. And they said ´Oh, OK, that´s fine, we just wanted to check´. And I thought, well, that´s really nice! But it turns out that because I´d been doing my job, I was very much in the police records and thankfully, all for the right reasons.
Thankfully though, things that that are very few and far between. I mean, twenty – thirty incidents in 6 years isn’t , you know, a lot. But the best thing that´s ever happened to me at work, I suppose as I was saying before about, I like it when people are having a good time and they appreciate that I have had some involvement in that.
Just last year we had a big tour group of people come and stay in our hotel , there were about forty people and they were here for a week and, of course, I was on duty a lot during that week. At the last meal they had, at the end of their stay, they stopped and one of the people dinged their glass and everyone was quiet and I walked in with something, and they said ´We just want to say Thank You to Marcus and his team for an absolutely fantastic, you know, week´ and, you know ´we appreciate how much you´ve done and you´ve gone above and beyond´ all these things. And then they followed it up a week later with a letter to my manager to say, you know, Thank You and mentioned me personally. And then they followed it up with a letter to our company´s head office and then I got a phone call from one of the company directors just to say, you know, thanks!
And just that, just those little words, just those, appreciation of people is easily one of the best things that has happened to me because you just go ´uhhhh´, I mean, I like earning the money, don´t get me wrong but for someone to say thank you is just is the icing on the cake.