A piece of cake 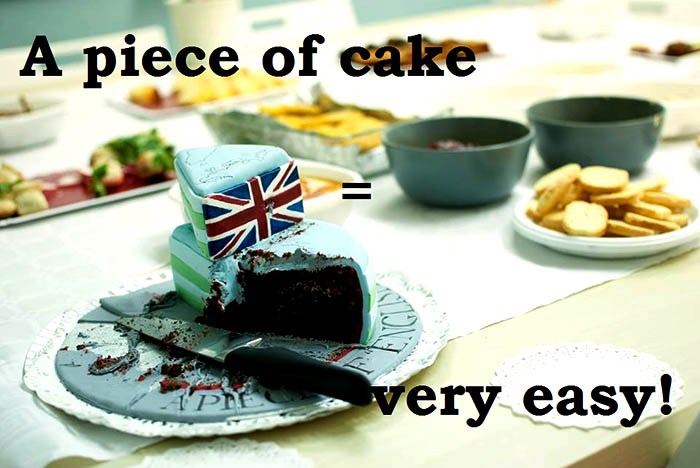 The expression a piece of cake is used to describe something which is seen to be extremely easy to do. In Spanish, the expression “Pan comido” is used in the same way.

Origin
It is believed that the idea of cake being “easy” originated in the 1870’s when cakes were given out as prizes for winning competitions. In particular, there was a tradition in the US slavery states where slaves would walk around a cake at a gathering. The most “graceful” pair would win the cake the in middle. From this the term “cake walk” and “a piece of cake” came into being, both meaning that something was easy to accomplish.
We know that the expression first appeared in written records in 1936, in Ogden Nash’s Primrose Path:
“Her picture’s in the papers now, And life’s a piece of cake.”
It was then quickly adopted in Britain and used especially by the RAF (Royal Air Force) in World War II.
And here’s a later usage, from Terry McLean’s Kings of Rugby (1960):
“They took the field against Canterbury as if the match were ‘a piece of cake.’ ”