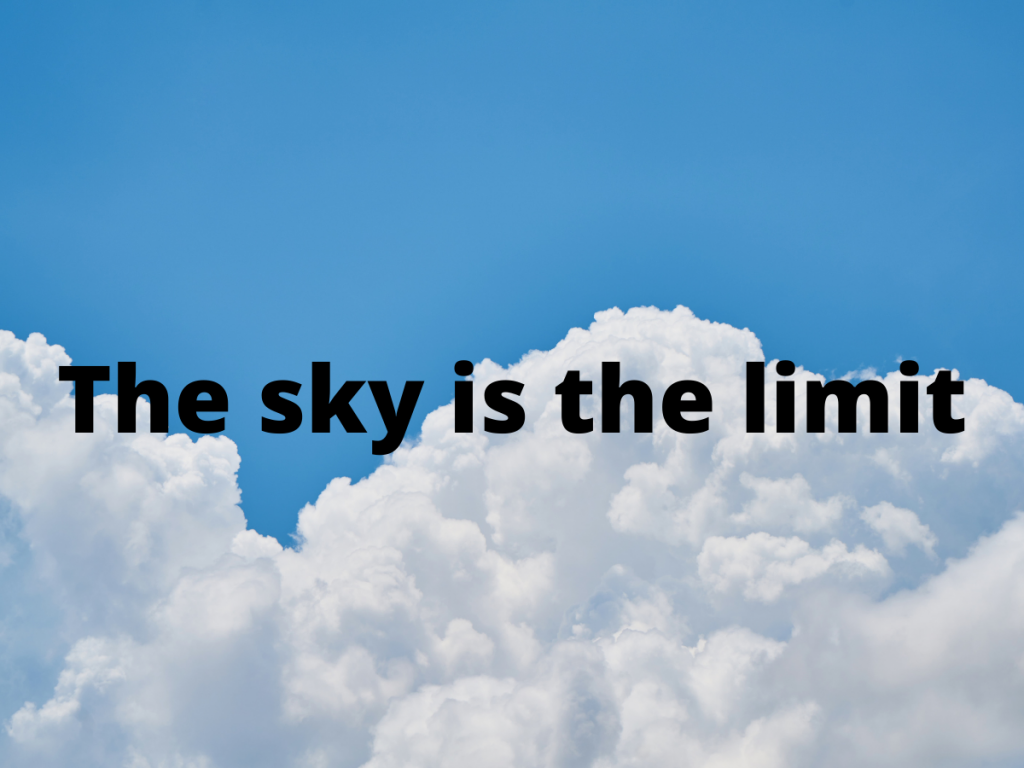 Here are three useful and common expressions including the word sky:

THE SKY IS THE LIMIT

the phrase the sky is the limit means there is nothing to prevent someone or something from being successful. There is no apparent limit, Anything is possible!

PIE IN THE SKY

Meaning : something that is nice to imagine but unattainable