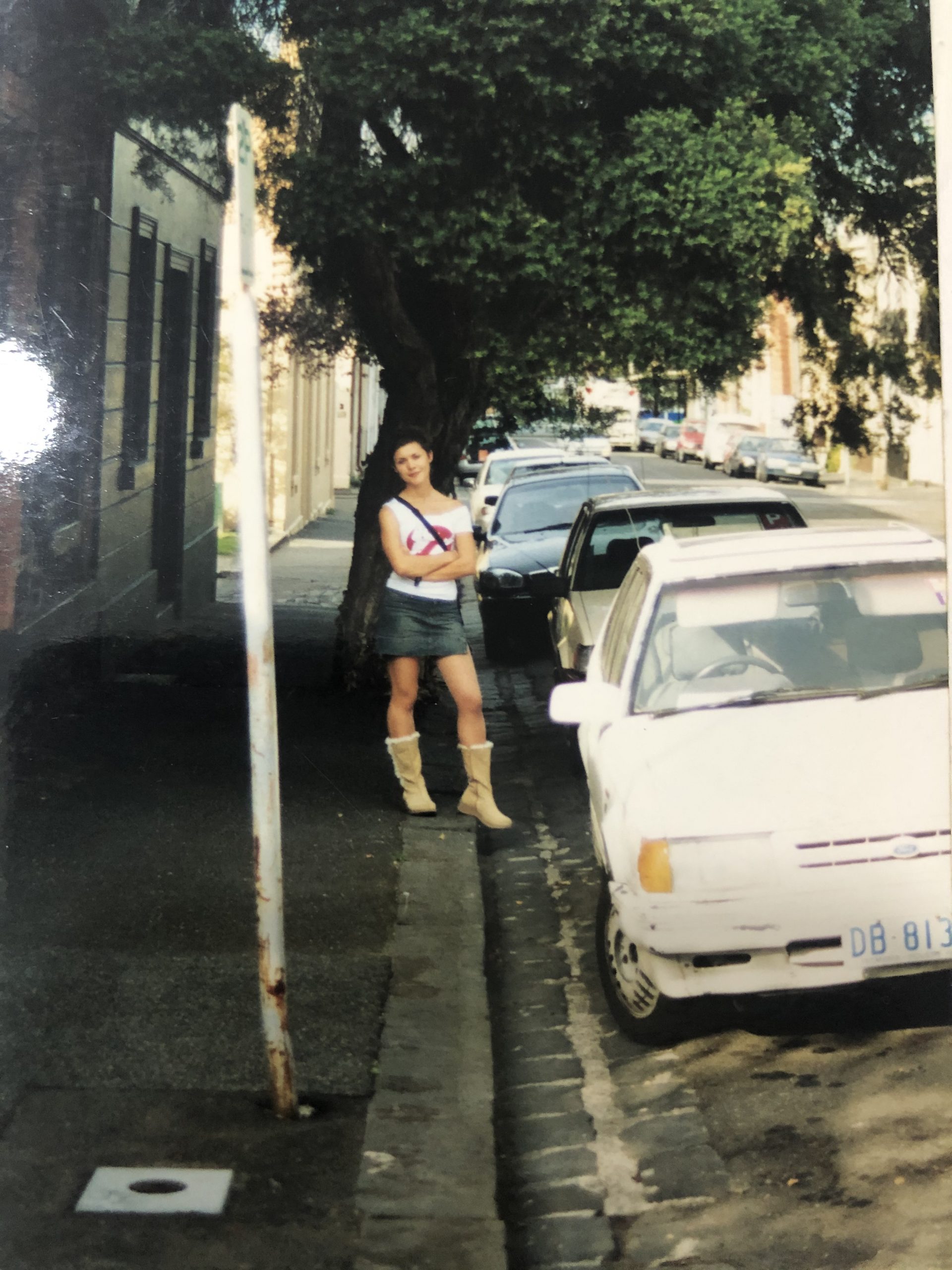 1) What does Kat call a year holiday before or after university?

2) What did she want to do in the countryside near Melbourne?

3) Whose friend was going to drive to Melbourne?

4) What would the friend be driving?

5) What phrasal verb does she use to say ´collect her by car´?

6) What happened to the door?

Hi everyone! This is Kat from APC Languages. Today I want to do the first installment of some crazy stories from my life and I hope to have other people also share their crazy stories with us.

So, the first story I wanted to tell everybody about was when I was travelling in Australia, its really typical in England or in the UK for people to take a gap year before or after going to university and go travelling the world. It´s very often to Australia, like I did,

So I was 20…. 20! And I went to Australia, or maybe I was 19, I don´t remember, I flew first to New Zealand and I spent a month in New Zealand and then I went to Australia. I arrived to Sydney. After a few weeks, I think, in Sydney, I decided that I wanted to go down to Melbourne, When I was down in Melbourne my plan was to go and do some grape picking in the countryside to be able to make up some funds to be able to keep travelling.

So, when I …… the reason why I am laughing is because as I am recording this Ive just thought about another story but that one can come later.

So, when I wanted to go to Melbourne … and I was speaking to some guys in the hostel that I was staying at, about wanting to go to Melbourne and to find the best way to get down there and one of them told me that ´Hey, listen! A friend of mine is going to Melbourne for work on Monday, I can ask him if you can get a lift in the car with him´. So I said ´Perfect ! Great!´. So, anyway, he spoke to his friend and his friend said that was fine and that I was to wait for him in front of Bondi Beach, which is a very famous beach in Sydney and to wait for him and he would pick me up in a van.

Well, back in these days , I didn’t even think about the danger of it and there I was on the Monday morning with my backpack, waiting for this guy who I didn´t know, nor his name, to come and pick me up in front of Bondi beach and travel to Melbourne which was a 10 hour drive.

So, here I am and a guy pulls up in a Yellow Pages va,, opens the door and says ´Hi are you Kat?´ ´Yes…´ ´Great! Let´s go to Melbourne´ So I jump in the van and I slam the door , ready to go and the door fell off it´s hinges!

Match the words and their meanings:

So, there we are! This guy who, now I don´t remember his name, I mean this is, you know, a long time ago now… it might have been John, I think.. well, I´m sat in the van with this guy who I don´t know… a young guy like I was and I realize that I am going to have to hold the door the whole journey because it wouldn’t stay closed only on one hinge. So, there I am, faced with a ten-hour journey, holding onto the door the whole time so that it doesn´t fall off!

Well, I was 20 and it seemed like no problem, so off we go… So, we start on our journey to Melbourne and John ( we´ll call him John for the sake of the story) just starts talking to me and I couldn’t understand a word that he said to me. It was every 30 seconds that I had say ¨I´m sorry, could you repeat that, I´m sorry, could you repeat that¨. So, it turns out that he was South African and this was the first time I had ever met a South African person and his accent was so strong that I literally couldn´t understand every second word that he said and unfortunately, we had exactly the same problem, the other way. So, we spent a 10 hour journey, imagine, going ´umm sorry? And then repeating and him saying ´Oh, I´m sorry´ then repeating. It was a disaster! In the end we decided just to keep quiet for a while because it was really frustrating and we couldn´t get used to each other´s accents.

So, anyway, there was traffic, it was a long way, we did some stops, we had to keep stopping because my arm kept getting tired from holding the door on. As we were approaching Melbourne, maybe we were about 2 hours away, we had already been driving for about 10 hours and it was really late at night. So, the guy tells me ¨ listen, we can stop at my boss´ house where I´m going to leave the van and tomorrow morning I´ll take you into Melbourne.

Well, bearing in mind that I have no idea who this guy is except for just meeting him now in the car and I certainly don´t know who his boss it, and I don´t have any communication with anybody, these are back in the days before smartphones or anything like that.

Well, I didn´t have any other choice than to agree, you know, he was driving. So, we drive more and more into the countryside and eventually we pull up to these gates, the gates open and in we drive. I can´t really see anything because it was close to midnight, but we pull up to a house and this lovely lady comes out and introduces herself and tells me that I can spend the night in the outhouse, and took me to what looked like a garage, a converted garage let´s say. 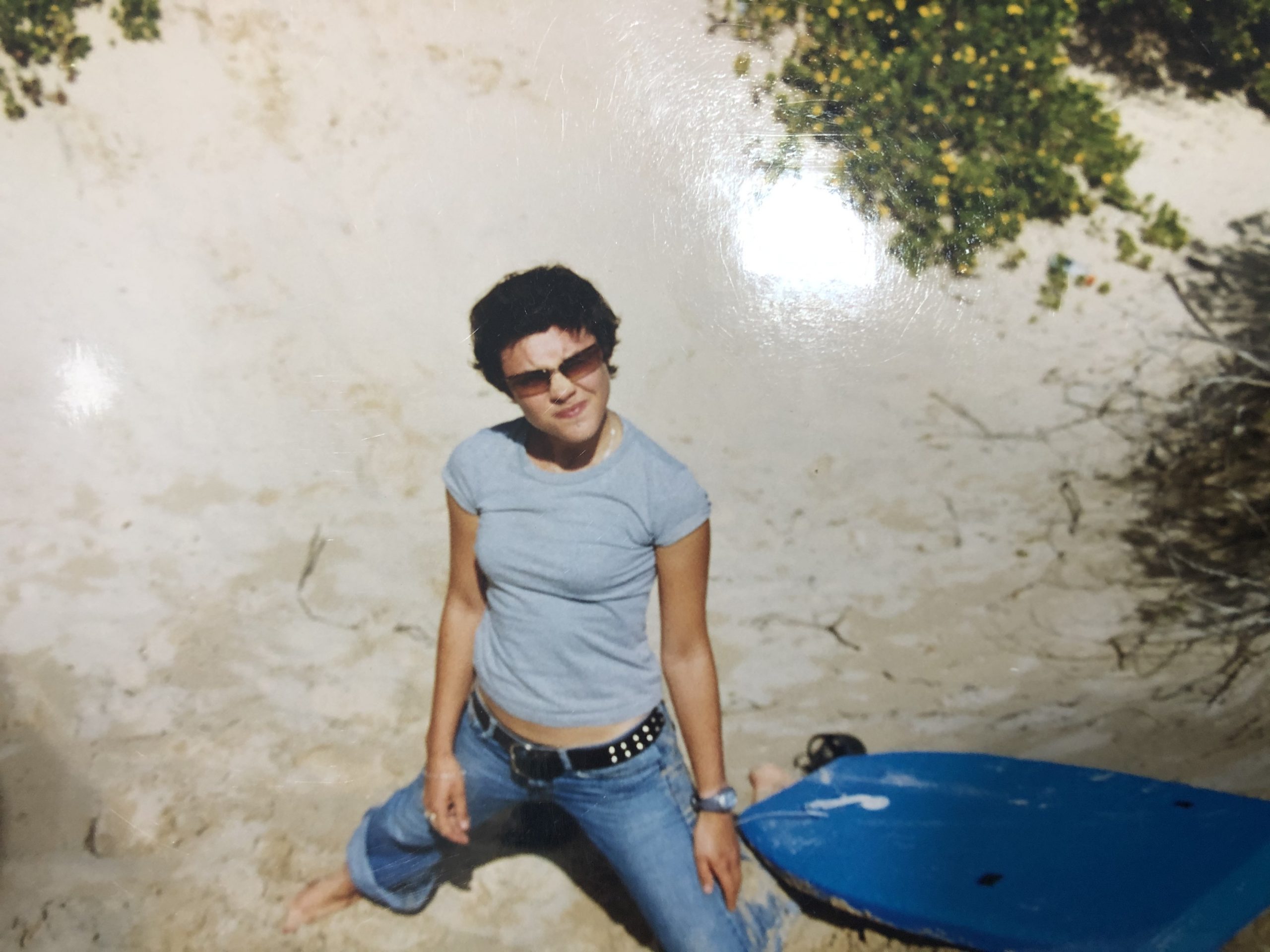 1) Kat stayed in the outhouse alone

2) The lady served her some dinner

3) Kat was confused in the morning because she didn´t know where she was.

4) The lady had a four-hour roundtrip to take Kat to Melbourne.

5) They had trouble finding a hostel

6) She would recommend taking risks.

So, she lets me and this guy John, say that we are going to, we can both stay in the outhouse and takes us to , I thought it was a converted garage but it had two floors, the top floor had a double bed and a kitchen area and the bottom floor had a double bed and a bathroom and I think that was it. So, she told us ¨help yourself to food that is in the fridge´ and it was very confusing, I didn´t realize where we were but anyway, me and John helped ourselves to some dinner from the fridge and he went downstairs to the bedroom and I stayed upstairs. Fell asleep and well, fell asleep.

So, in the morning, there is a knock on the door and it´s this lovely lady and she says ´good morning! , Ive brought you some breakfast` but, obviously  in her thick Australian accent. And she came with this beautiful, full breakfast, cooked eggs, toast…everything. And I was really…. It was so confusing because I hadn´t even seen where I was because it was so dark when we arrived, and it was in the middle of the countryside.

So, I had my breakfast and then I left the front door of this outhouse and all I can see is, a private tennis court, swimming pool … and I can only imagine that their house was a mansion. It was enormous! I couldn´t believe where I was! It was unbelievable.

So, she said ¨help yourself to the swimming pool, have a swim and then I´ll take you into Melbourne¨. So, this lovely lady, waited for me to have a swim, get ready and took me in her car on an hour-and-a-half or two-hour drive into Melbourne, where she kindly had already rang in advance and booked me a hostel and paid for the week´s stay in advance.

So, that´s the end of this story at least but what an experience, you know?. I think if I had been my own child and I was giving myself advice, I would tell myself never to do any of the things that I did when I was in Australia but I´ve got so many stories as a consequence of taking some risks…. Ok, I´ll be back with the next story.